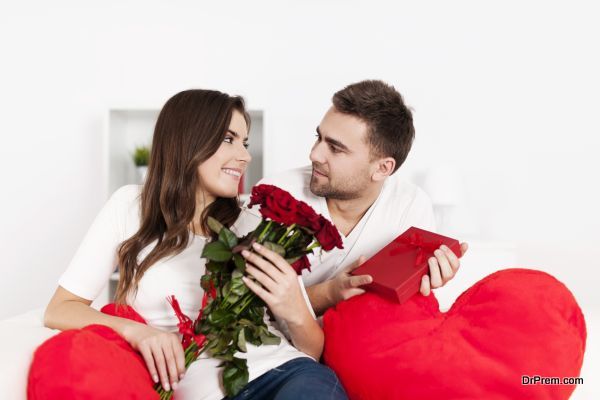 Valentine’s Day is just around the corner and already much of the preparations can be seen on the market, and excitement in lovers. Lovers worldwide prepare for this special day and plan well to spoil their beloved and make them feel on cloud nine. In some countries, it is a day off from work while in others it is a working day just like any other day, still lovers manage to take out time and make this one day extremely special for their relationship.

Well Valentine’s Day has many facts to it, which quite a few people know except for the fact that it is one day made to celebrate love. Following are some facts about Valentine’s Day and the most popular gifts associated with it, which will make you understand the day of love much better.

When did it start?

The most popular theory about the origin of Valentine’s Day is related to the Roman times. 270 A.D. was the time of Claudius II’s supremacy, during which he put a ban on men’s marriage because he felt that single men were better soldiers than the married men. However, Bishop Valentine did not agree on this decision of Claudius and used to help men perform secret weddings. When the Emperor got to know, he put Bishop Valentine behind bars and gave orders for his execution on February 14.

No matter what other gifts people now exchange with their beloveds, three things that are considered as Valentine gift essentials owing to their popularity are chocolates, roses, and cards. It seems these three things make Valentine’s Day complete. Let us see some interesting facts related to these three essential gifts:

Majority of couples exchange red roses on this day because roses are considered the flowers of love. This belief comes from the philosophy that red rose is the favorite flower of Venus, and Venus as we know is the Roman goddess of love. Yet another theory that supports the red rose trend is the relation of color red with the strong romantic feelings. The demand for red roses goes so high that even the sixty percent production of red roses in California fall short and they have to import red roses from South America.

Usually, chocolate is a gift you give to girls but during the Valentine’s Day fever it becomes a two-way exchange, as in boys also get chocolates as a gift. The most probable reason that makes the chocolate giving trend seem viable is the fact that Casanona (the world’s greatest lover) used to eat many chocolates. It was in 1800s that Richard Cadbury produced the first ever-chocolate box for Valentine’s Day. Even doctors recommend a person to have chocolate in order to calm down the disturbing yearning for the lost love or the one that they have not found yet. Every city shop arranges for the beautiful heart shaped chocolate boxes that are sold in no time.

To go by the findings of the U.S. Greeting Card Association, more than 145 million Valentine greeting cards are posted and bought every year. This whooping amount places it second only after Christmas. Women exceed the number of men who buy Valentine greetings.

Knowing all these facts is in a very helpful because these will let you know as to why and how you celebrate this day of love, and why at all it is considered a day of love at first place. Moreover, it is a fact that we human beings derive more pleasure from actions we know everything about, rather than doing stuff just for the heck of it.

Some fun facts about Valentine’s Day and its traditionally associated gifts was last modified: February 5th, 2015 by lmlrnadmin

Signs that show you are cheating on...

Qualities that make superb wives out of...

6 – Most common reasons behind breakups

Expressing love if you are a geeky...

Maintain More than Just Calories with this...

Effective tips to help your love get...