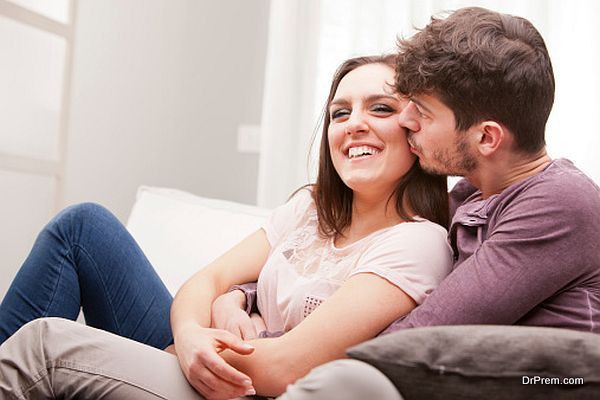 Traits that make a woman irresistible for her man

Many girls and women wonder as to what it is, what is the secret that makes some women make men fall head over heels in love with them? Well, surely there is a secret, and that secret is a set of qualities that are there in some women and are absent in others. Those qualities attract men so much that they feel drawn towards any women they trace those qualities in, and if possible, they ask her out at the earliest. If you want to know, what those traits are then you must keep on reading as this article contains a list of traits that make men fall for women.

Men love to be hooked up with a woman who is independent. They do not mind carrying those shopping bags, or offering their shoulder to a woman to cry on or to provide as a support but they do not want their woman to be clingy always. Apart from the tough times and the times when she feels low, men want a woman who can take care of her on her own and does not want him to be around always.

They like a woman who gives them time and they like giving their time too but not always. They like their woman to have their own friends, aspirations, and plans so that they do not have to be there with them all the time. They do not like a woman who wants them to text or call them every five minutes; in fact, they like someone who gives them a whole lot of space and happiness.

It s a myth, that men like women who are beautiful but are stupid and always act like a bimbo. This is certainly not true because men hate dumb women; in fact, they love to have a woman who is a perfect mix of beauty with brains. Dumb faced woman, and the clumsy and stupid activities are major turn offs for men, so ensure you have wits and humor to attract a man towards you. Men fall head over heels in love with smart and savvy women.

A bit of laid-back attitude

A man desires a woman who allows him to relax and enjoy his laid-back attitude whenever he wants. He does not want a partner who comes home and starts lashing over him for the wet towel on the sofa, or the dirty utensils still lying on the tables, and many more. They want someone who can understand their mood well and allow them to have a free, leisure time every once in a while. They do not expect this always but at times, they expect this much of lenience from their partner. Therefore, being a woman you must learn to have control over your anger and learn to allow yourself to expect a bit of indiscipline at times from a man.

Men like their woman to be a type who can crack jokes and take jokes on herself in a good healthy way. They want their woman to laugh at their jokes, and when he cracks a joke on her, she should laugh and not take it as an offence. The woman has to be lively and witty altogether.

No matter how sexy dress a girl is wearing, she would never be able to attract a man of she is not comfortable in her dress. Men fall in love with a woman who displays immense confidence in the way she talks, walks, puts on clothes and carries off herself.

There are some qualities in a woman that make men fall in immense love with them. Almost every man loves his woman to have those qualities.

Traits that make a woman irresistible for her man was last modified: February 21st, 2015 by lmlrnadmin

Adventure of speed dating is a thrill...

Maintain More than Just Calories with this...

Five common dating mistakes and how to...

Could a failed relationship lead you to...

These six apps will help you survive...

Exploit these scientific facts to amp up...

Lessons of love to learn from TV...

How to be a happy couple that...

Dating an emotionally unavailable man may be...