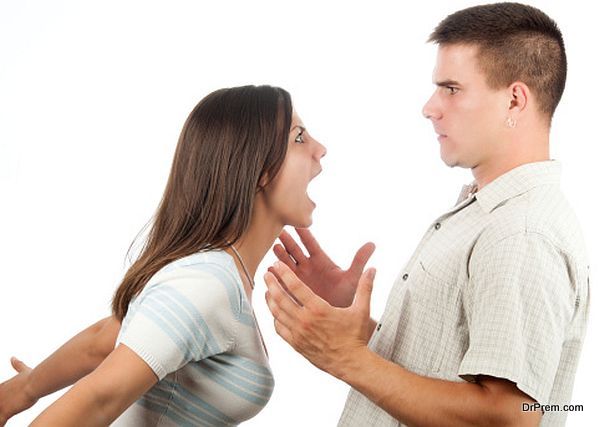 Pitfalls that make your beautiful love relationship a miserable one

Where there is love and care, small fights every now and then are pretty normal. However, there are some relationships wherein a couple loves each other but they cannot help but have huge fights too often. It seems as if four days in a week they pass through fighting and cribbing. Their immense love for each other that keeps them together despite of every other day fights but most of the times the feeling that their relationship gives them is of misery. Sometimes, the miserable conditions worsen and overpower their love for each other and one fine day such a couple splits. Therefore, fight becomes the major reason for the end of their relationship and misery, try to make peace with situations and do not view your partner as your enemy.

Bored of being with each other

This particular trait is extremely shameful to be there in partners but sadly, it does exist and plays a crucial role in making a relationship miserable. The jealousy factor is so prominent in some couples that they even feel bad of each other’s success in place of feeling happy and supporting each other. It is such a negative feeling that serves as a sure shot factor, which eventually leads to a split.

The lack of intimacy

The number of times a couple makes out has a close connection with the level of happiness and enjoyment in a relationship. Few studies have proven that couples who make out say once a week are much more happy and relaxed than the couple who only makes out once a month. Sexual pleasure is an essential factor that keeps both partners happy and satisfied in a relationship.

Having too many divorced or separated friends

Friends have a great influence on our lives and sometimes the influence is so deep that we tend to believe them almost blindly without using our own wits. One of the potent reasons that make a relationship miserable is to have some friends who are divorcees. Sometimes a couple starts to apply the tactics and ways of their divorced friends onto their relationship, which brings in a lot of misery to their relationship.

Every couple must avoid a few traits because they are the carriers of misery, and make a relationship miserable.

Pitfalls that make your beautiful love relationship a miserable one was last modified: February 19th, 2015 by lmlrnadmin

Qualities that make you an annoying boyfriend,...

How to make a Long Distance Relationship...

Good or bad lies that may affect...

Expressing love if you are a geeky...

Important equations of emotions to tell you...

Comparisons are a deadly poison for your...

Things a woman should know about her...