Home Behavior and Emotions Knowing if a guy truly loves you, even if he doesn’t express himself 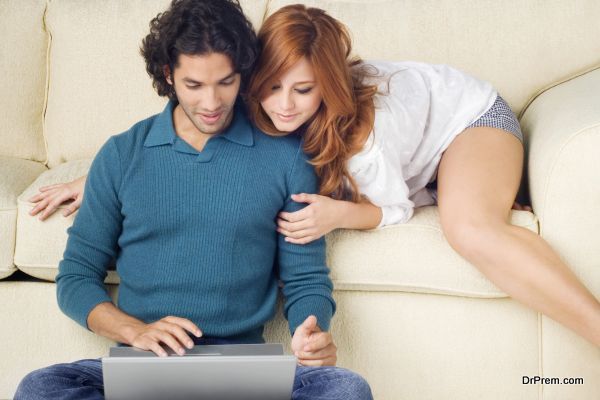 Knowing if a guy truly loves you, even if he doesn’t express himself

If a guy directly hits on you then you know for sure that he likes you but what if some guy secretly fancies you, and especially when that guy is your friend. Boys are extremely difficult to understand at times, and to figure out your secret admirer can be a real task. Some male friend of yours spends long hours talking to you and keeps looking forward to meet you, you doubt he likes you but he never expresses anything as such. You can bring to use these following telltale signs than can help you find whether he likes you more than a friend or not.

He likes all your social media updates without a fail

You update your status and the first like and the comment you get is not from anybody else but one of your male friends. You upload a picture of yours and instantly you get a like and a nice comment below, again coming from no one else but that one male friend of yours. Be it early in the morning or late at night, he comments and likes your social media updates without a fail, and mind you, he does not do the same for his other friends. If this is the situation you are in, probably you have a got a secret admirer who is none other than one of your male friends.

He does not show any interest in your female friends

Usually male friends do not miss any chance to hit upon friends of their female friends. However, if you happen to have a male best friend who has no girlfriend and does not even take any interest in your friends then possibilities are that he desires no one else but you as his girlfriend. He refuses company of other girls but like spending a great deal of his time with you then you can be sure of having a secret admirer of you.

He does not like you talking or liking other men

If your friend gives you some suggestion or cautions you regarding your coming in contact with some other boy, this is pretty fine. But if your friend starts sneering at every single guy who shows some interest in you, or a guy whom you are somewhat drawn towards, then surely there is something more cooking than a plain friendship at his end. This shows that your friend does not want you to be someone else’s girlfriend, probably he wants you to be his girlfriend but he is not telling this directly to you.

He likes everything you do

Our true friends do not hesitate criticizing our behavior, they tell right on our face if they do not like something we are wearing. On the other is a male friend who secretly admires you, fancies you, he will never dislikes anything about you because he just cannot help but love everything you do. Whatever you wear, whatever you, wherever you go, howsoever you sing, he will always be the one to like it all.

He digs deep your likes and dislikes, especially regarding love

He indirectly tries to ask your likes and dislikes, and the behavioral and personality traits you would like to be there in your man. What type of a man you like, what behavioral qualities are the biggest turn ons and offs for you, and more.

Unless a boy openly hits upon you, you cannot find out whether he is your secret admirer or not provided you know the sure tell tale signs of a secret admirer.

Knowing if a guy truly loves you, even if he doesn’t express himself was last modified: April 19th, 2015 by lmlrnadmin

Post-breakup relationships— are you on the right...

Protect yourself from online dating predators

Signs that show you are on the...

Casual dating may at times turn into...

Comparisons are a deadly poison for your...

Signs that your new girlfriend is high...