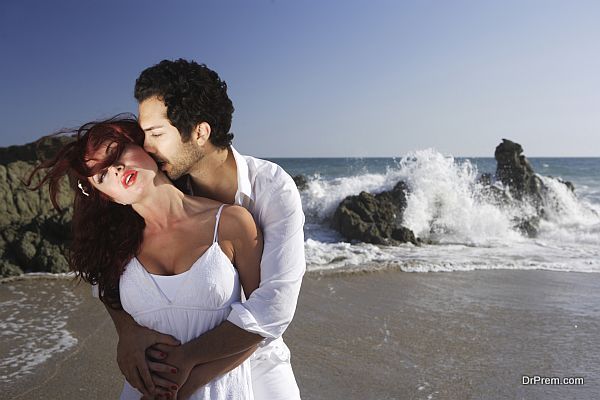 Exploit these scientific facts to amp up your love life

Married life can be amazing and can be a pain in the neck. Here are some tips for you, all backed up by researches that can help you make your love life blissful.

Lot of sex is the key

Soon after your marriage, you realize that you have mistakenly married a neurotic who is worried most of the time, gets upset easily and his mood changes are so abrupt. Best solution to any such problem is to have lots and lots of sex, and the research of Michelle Russell and James McNulty of the University of Tennessee supports this notion. Adequate sex keeps such people satisfied and they rather forget behaving in an abrupt manner, thus solving the problem efficiently.

Marry someone who has a similar spending tendency

Usually people feel it is better to marry someone with an opposite spending capacity because one will spend more and the other less, so there will not be much of financial trouble in future. However, to go by the research conducted by Scott Rick and his colleagues from Michigan University’s Ross School of Business majority of people do choose their spending opposites as their life partners but only to get dissatisfied and discontented very soon after their wedding.

A couple who is a financial opposite of each other tends to have lower marital satisfaction and greater conflicts as compared to a couple who both are on the same page regarding their spending capacity. This happens because they both understand the importance of spending and they both do not pester each other over finances.

Motivate him to exercise

Do whatever you can to motivate your man to do strenuous exercise including running, skipping, swimming, and others for at least two hours a week. Such exercises are certainly beneficial for overall health but significantly for sexual health. According to several scientific studies, men who do all these kinds of strenuous exercises have better erections, and a stronger desire for sex, which is a fantastic thing to pep up your love life.

Consider how other men and women behave around your partner

It is no rocket science to know how fond other women are of your husband and how attractive other men find your wife. It sometimes annoys you as well whenever some female tries to hit upon your handsome hubby but the next time it happens, take it for good and expect something interesting to happen in near future. This is based upon a study conducted at the Oakland University that states one can turn all the more hot and have better orgasm when we find it is not just we who adore our partner but other people also do.

It takes balancing so many factors in order to have a blissful love and a married life. One can take help of scientific tips that explain why and how of making relationships heavenly.

Exploit these scientific facts to amp up your love life was last modified: July 18th, 2015 by lmlrnadmin

Lessons of love to learn from TV...

The tendency of withdrawal among men

Good or bad lies that may affect...

Perk up the excitement in your love...

How mind games may destroy your relationship...

These six apps will help you survive...

Some fun facts about Valentine’s Day and...